Speaking of Spirits or âtayôhkêwin in Plains Cree is a term used for telling sacred stories and legends. This film explores different forms of Indigenous storytelling throughout Toronto and Saskatchewan, Canada. It connects Plains Indian Sign Language, art, activism, and traditional oral storytelling to create a multi-layered understanding of what stories are being told by peoples of the Plains Cree Nation and Haudenosaunee Confederacy in settler state Canada. The film sheds light on the importance of Native languages and Indigenous stories as ways of healing to colonized Indigenous peoples. The film juxtaposes urban and rural Indigenous experiences and critically addresses Indigenous and settler relations in modern-day Canada.

Speaking of Spirits is part of a multimodal ethnographic research on Indigenous storytelling in Canada. The film showcases how several Indigenous protagonists search for healing through storytelling, dancing, singing, speaking their Native languages and other artistic expressions.
The film displays how Indigenous artists, researchers and teachers are actively keeping their traditions and spirits alive despite living in a settler society.

Eva Riemens is a Dutch filmmaker with a background in art and anthropology. During her MA, she has explored her interest in collaborative ethnography that challenges traditional power dynamics and presentations of truth. In her first visual ethnographic research, Eva followed a community of Vert skaters in Amsterdam. Her second short film titled ‘Speaking of Spirits’ addresses several modes of Indigenous storytelling in Canada. She is currently creating a second film in collaboration with Floyd Favel from Miyawata Culture at Poundmaker Cree Nation. 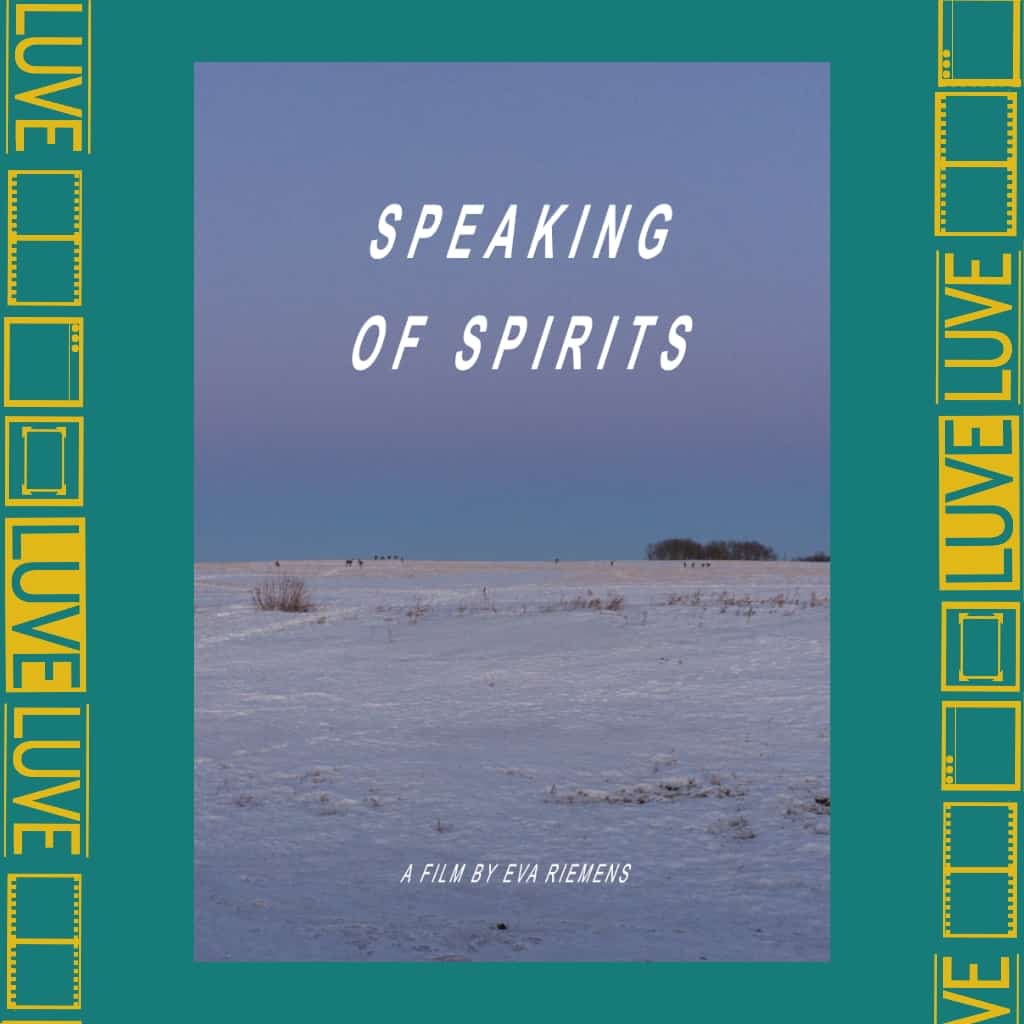